Suspiciously soon after the GMAT (and GRE) were brought into the law school admissions test circle of trust, the LSAT, reigning emperor of law school entrance exams, is adding convenience features for test takers. July 2019 will usher in the era of digital LSAT.I didn’t think I’d see the day that these law mummies would let in some daylight but it’s a new world so let’s all embrace these positive changes:

Here are some screen-grabs from the new computer LSAT: 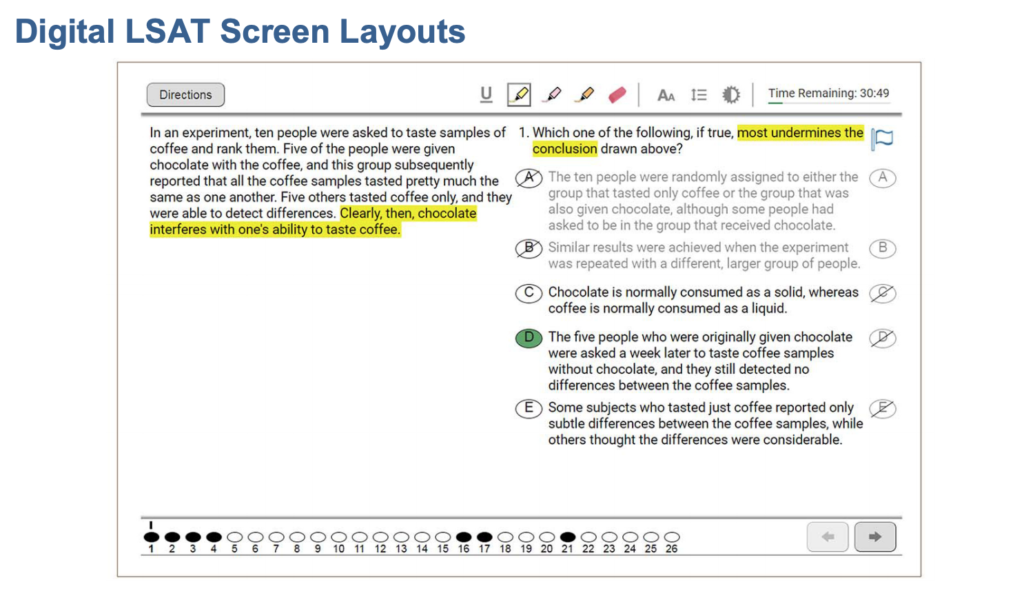 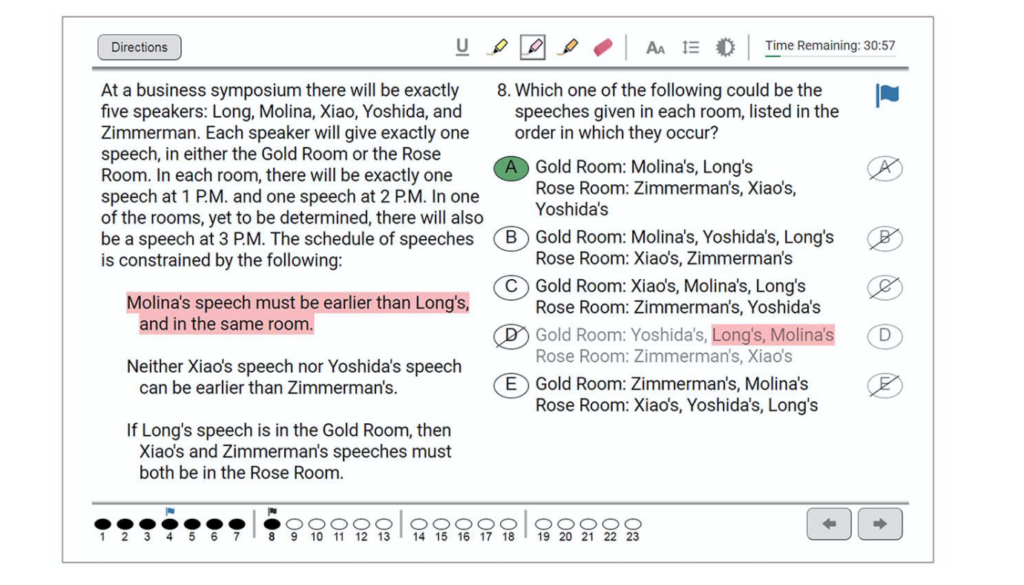 We’ll be following these updates and incorporating everything new in our GMAT vs LSAT mega guide!

Here’s the full press release for digital LSAT and the computer LSAT FAQ.

We use cookies on our website to give you the most relevant experience by remembering your preferences and repeat visits. By clicking “Accept”, you consent to the use of the cookies.
Cookie settingsACCEPT
Manage consent

This website uses cookies to improve your experience while you navigate through the website. Out of these, the cookies that are categorized as necessary are stored on your browser as they are essential for the working of basic functionalities of the website. We also use third-party cookies that help us analyze and understand how you use this website. These cookies will be stored in your browser only with your consent. You also have the option to opt-out of these cookies. But opting out of some of these cookies may affect your browsing experience.
Necessary Always Enabled