Combinatorics questions, especially ones tangled up with probability, scare students. Can there be a very challenging probability question? Yes! Are most of them tough? Not really. Do you need a bunch of complex math to solve GMAT probability questions? Nope. Let’s see what we need to get this one solved.

What is the probability that the person selected will be one who invests in municipal bonds but NOT in oil stocks?

OK, not so bad. Munis but no oil stocks. So what is probability exactly? Specific Scenario/Total Scenarios. So Muni/Not Oil/Total. This is starting to feel like overlapping sets with a side of probability…

Let’s get the information organized!

Let’s call the 2500 people 100 people. It won’t make a difference in the answer because everything is based on percents/proportions and will make it easier to do the calculations. So:

Looks like we have a two group overlapping set. We’re going to need a diagram. 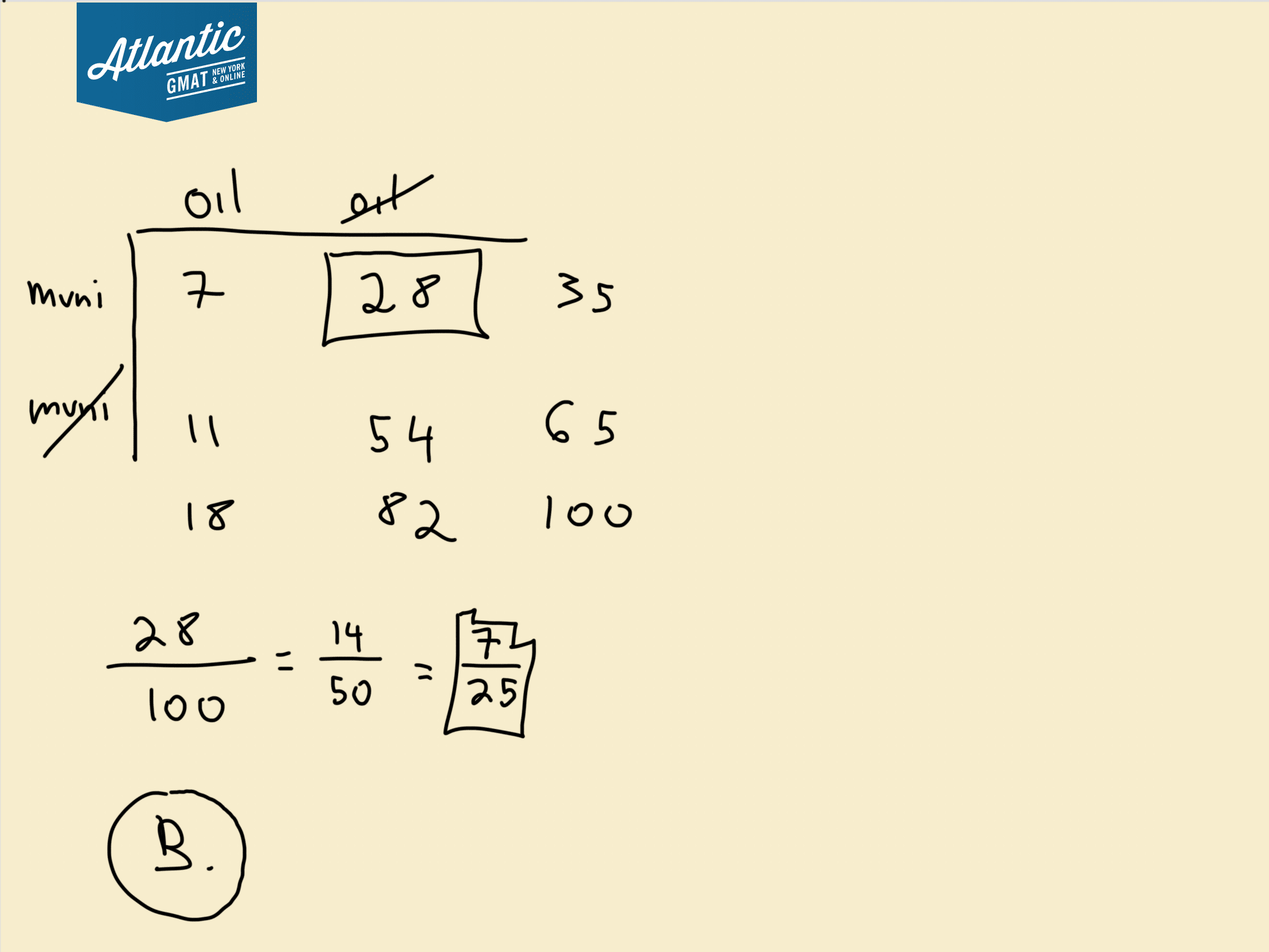 So just fill in the given information and then make easy inferences. You’ll be able to get the whole chart filled in. You end up with 28 people that have municipal bonds but not oil stocks. But, 28 isn’t the answer because we’re asked about probability. So take 28 and put it over the total. What’s the total? The 2500. BUT we changed that to 100. 28/100 = 7/25.

Here’s a challenging sets question from the GMAT Prep Tests 1 and 2. Stay organized. Make the easy inferences and you should be fine.

Here’s one from GMAT Question of the Day that’s very similar in that the answer is based on proportions. It doesn’t have a probability component but again: same idea and great practice.

This one is a bit different but will still give you 2 group practice and will give you exposure to overlapping sets on data sufficiency which often comes down to counting equations.