How long after he passed the gas station did Paul catch up with Mary?

Here’s a typical GMAT work and rate question from the GMAT prep tests 1 and 2. You should be psyched to see one of these on your GMAT as they are very formulaic (unlike many other GMAT questions).

We see the Mary/Paul/Gas Station question (and others like it) pretty often in tutoring sessions because of the missing distance that you need to infer from the time (more on that below). It’s just a little wrinkle but throws people off. Luckily it doesn’t require much brain or math power to figure it out and once you see it you should be able to spot it in other questions.

The key to work and rate is understanding all of the moving parts so the inferences are easier to see. If there’s anything confusing about how the different pieces of a work and rate question interact really dig in until you’ve got it all figured out.

Here at Atlantic we like to organize work and rate information in T charts as the charts make it easy to:

This question is so calculation/inference light that the T’s don’t end up doing much but I think they’re still helpful.

Let’s start from the end and define the question: How long after he passed the gas station did Paul catch up with Mary?

Let’s get the info organized

I’m going to weave a narrative here not using T’s and then add a diagram to show more of what the actual math would look like while solving.

Mary passed a certain gas station on a highway while traveling west at a constant speed of 50 miles per hour.

What’s not clearly given is the distance that needs to be covered (how far behind is Paul?). So we need to dig a little. To find distance we need time and speed. Do we have that? Yes!

1/4 of an hour at 50mph gets you 12.5 miles. So Mary is 12.5 miles ahead of Paul. Now we just need to figure out how long it takes Paul to cover that distance. Remember though: they are both moving. You need to use the cooperative rate. Because it’s a catchup subtract the rates (60-50 = 10). Paul catches up at 10mph.

This follows the same logic as the explanation above but is closer to how I would actually solve it on a test. 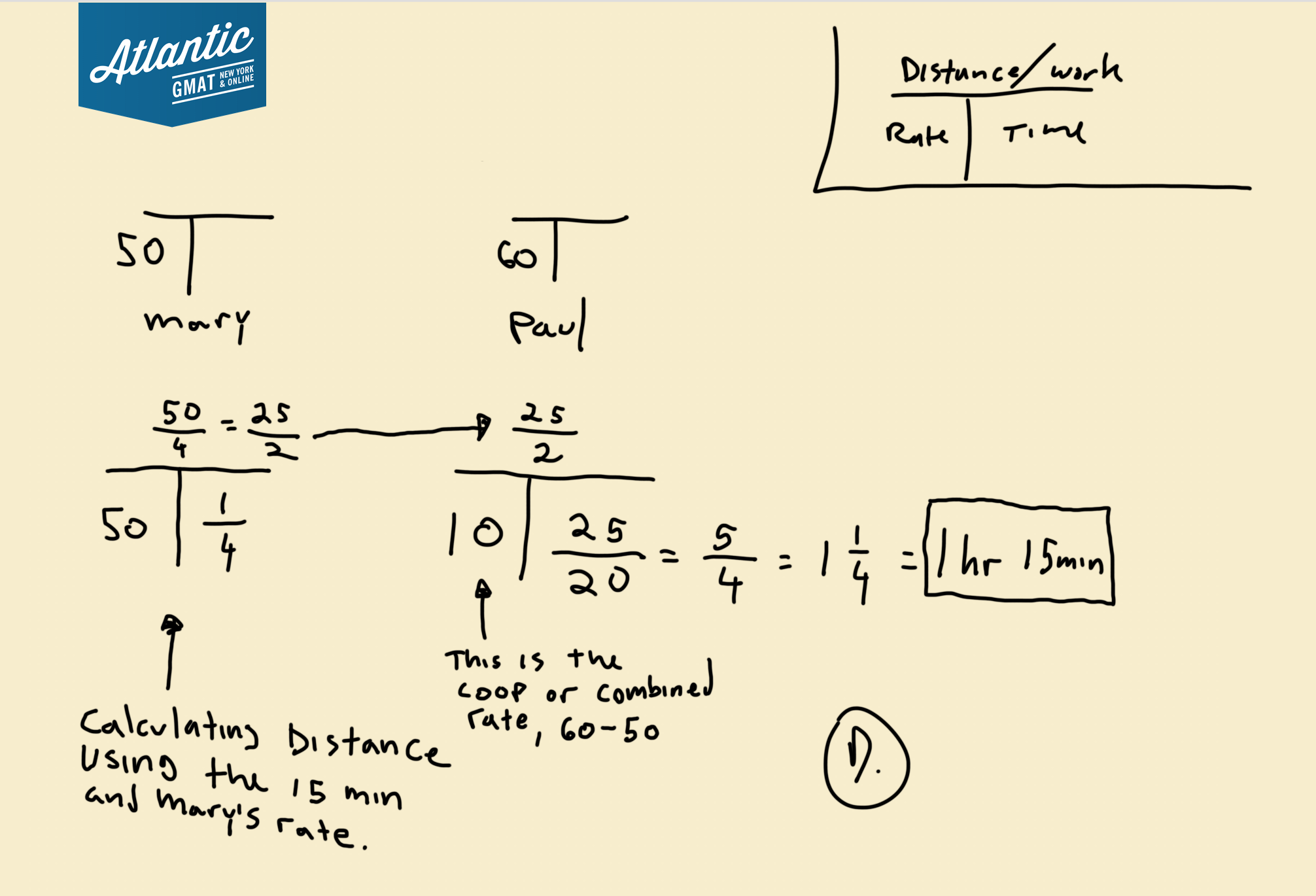 This work and rate question from GMAT question of the day is extremely close in structure to the above so great practice.