This is a challenging geometry and system of equations/algebra question from the GMAT prep tests 1 and 2. We see this one pretty often in GMAT tutoring sessions so you’re not alone in seeking some assistance. It’s important to remember that with GMAT geometry, often, the geometry aspect is the easy part and not necessarily the real focus of the question.

Define the question: does the line with equation y = 3x + 2 contains the point (r,s)?

I probably wouldn’t make a graph. Why? Because this question is focusing on the equations/algebra. It doesn’t seem to have a spatial reasoning aspect.

We may not need it but for the sake of completeness a graph of y = 3x + 2. Use the x and y intercepts to make it easy.

For the x intercept make y = 0

For the y intercept make x = 0 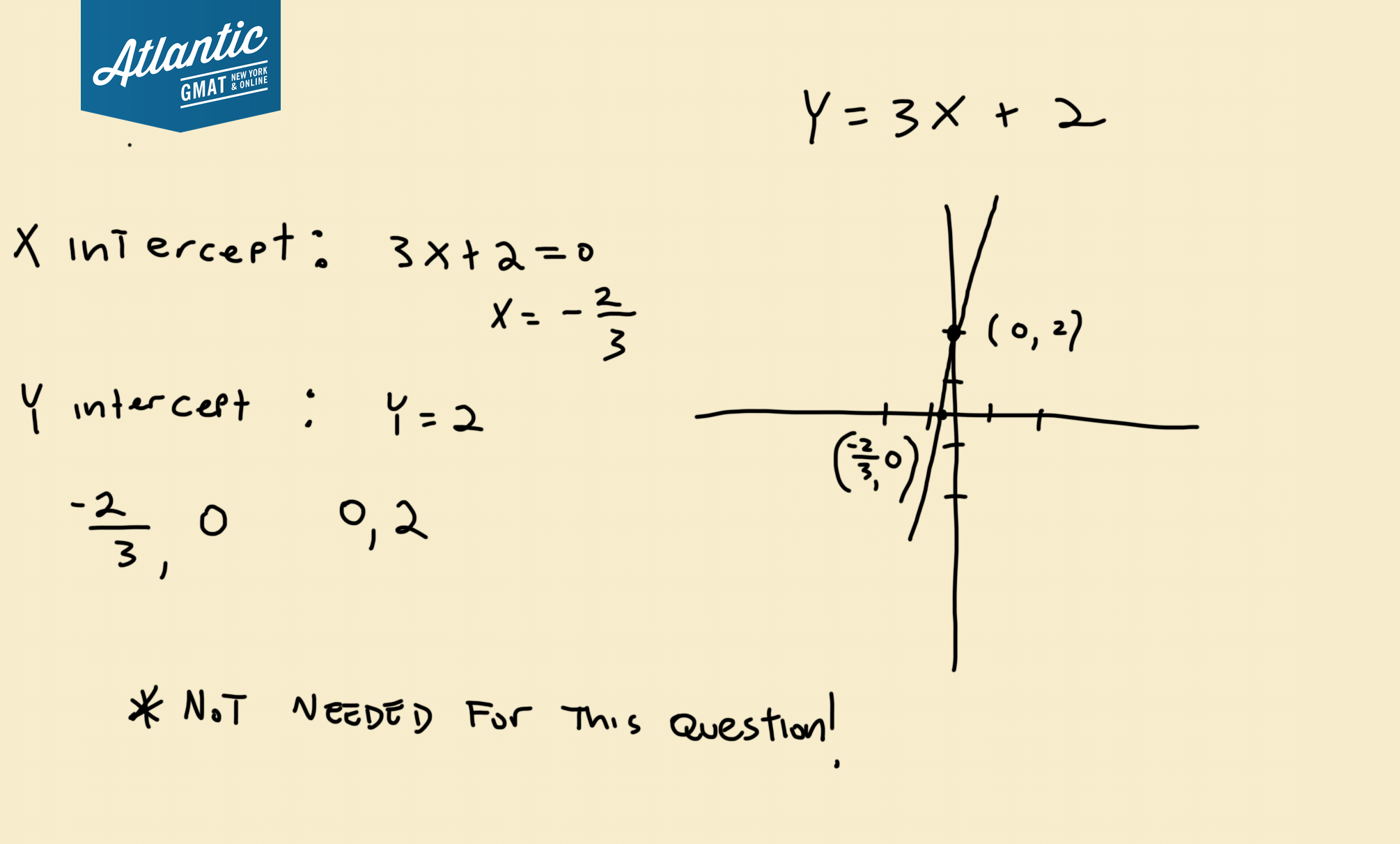 It’s rare that you want to multiply out trinomials. It’s going to create a mess. What can we get from this? Either:

or they both equal zero.

Let’s go back to our question to see if we can match anything.

Is that any of these?

So it’s possible that r and s do sit on the line.

So we don’t have a definitive answer.

These equations both equal zero so equal each other.

re-arrange that a bit

Let’s look at the above in a more zoomed out/practical way.

Because one of the two parenthesis in each of the statements must equal zero.

Here’s a very simple example of why they can’t both be equal to zero: 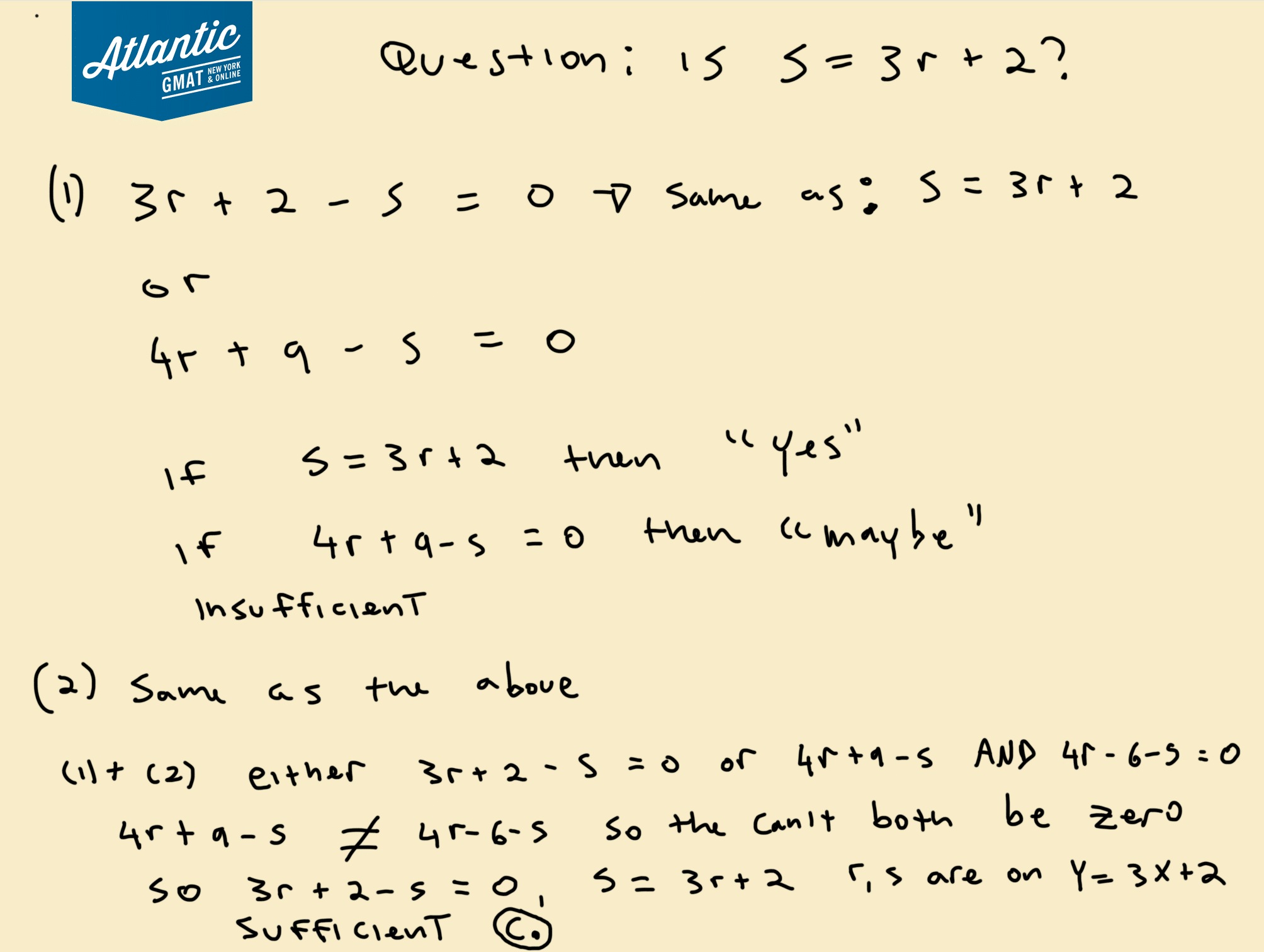 Here’s another very challenging GMAT coordinate plane question that has a bunch of algebra and is a yes/no style data sufficiency question.

And another challenging GMAT coordinate plane question. Same yes/no style data sufficiency as the one the above.

And here’s a more fundamental coordinate plane question from GMAT Question of the day.