In the figure above, the radius of the circle with center O is 1 and BC = 1

In the figure above, the radius of the circle with center O is 1 and BC = 1. What is the area of triangular region ABC? GMAT Explanation + Additional Examples!

In the figure above, the radius of the circle with center O is 1 and BC = 1. What is the area of triangular region ABC?

Define the question: What is the area of triangular region ABC?

Not much to define but I would recommend jotting down the formula for the area of a triangle.

Yes, it’s not complicated and I know that you know it. Still, it’s good to have it in front of you.

That goes for all formulas on the GMAT (except standard deviation!). As they come up in a question: write them out.

An important GMAT Geometry Rule you need to know

If a side of an inscribed triangle is also the diameter of a circle, the angle opposite the diameter is a right angle. 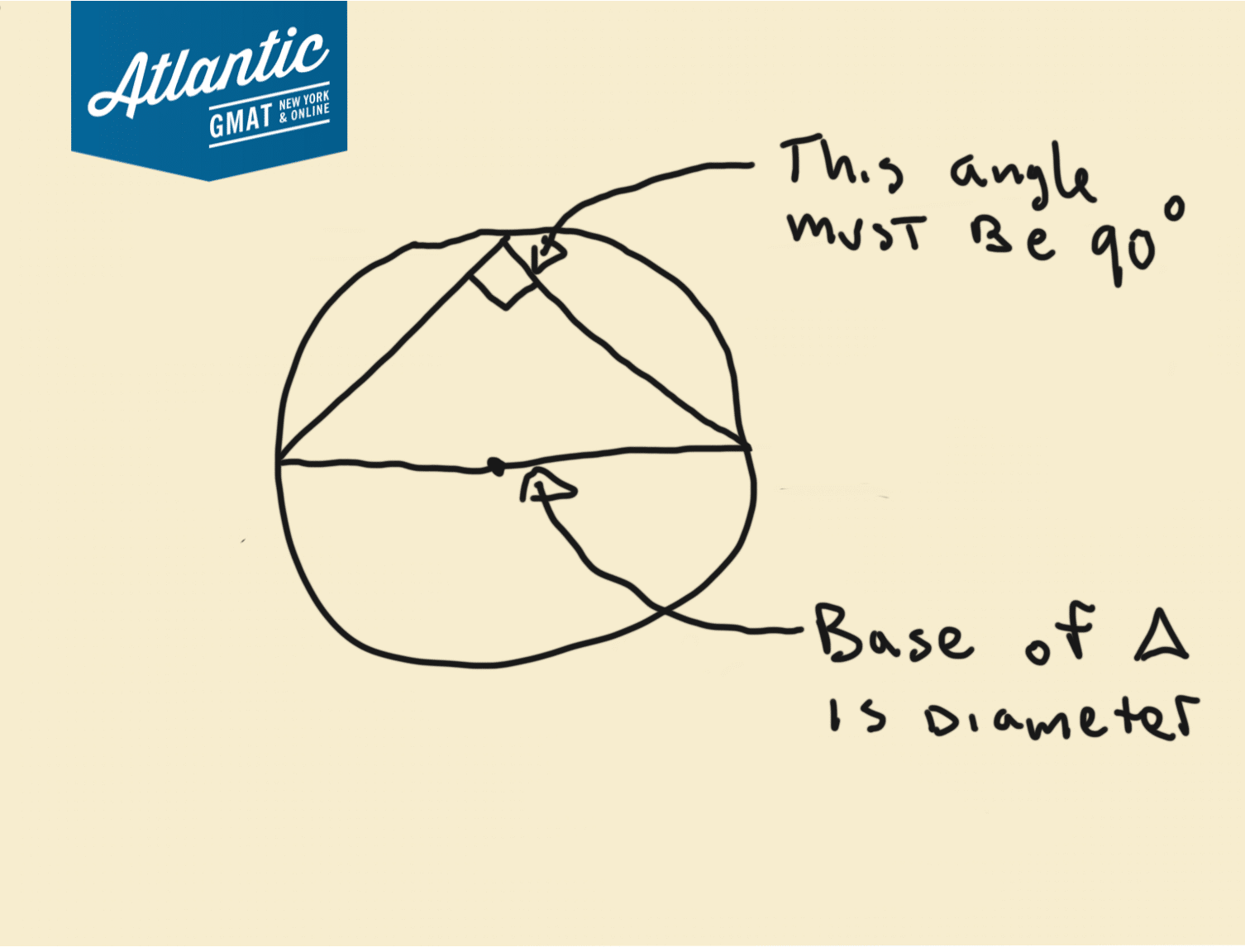 Are any sides in the diagram a diameter of circle O?

We have a right triangle and the measure of two sides so: pythagorean theorem.

Here’s a diagram of what we know so far: 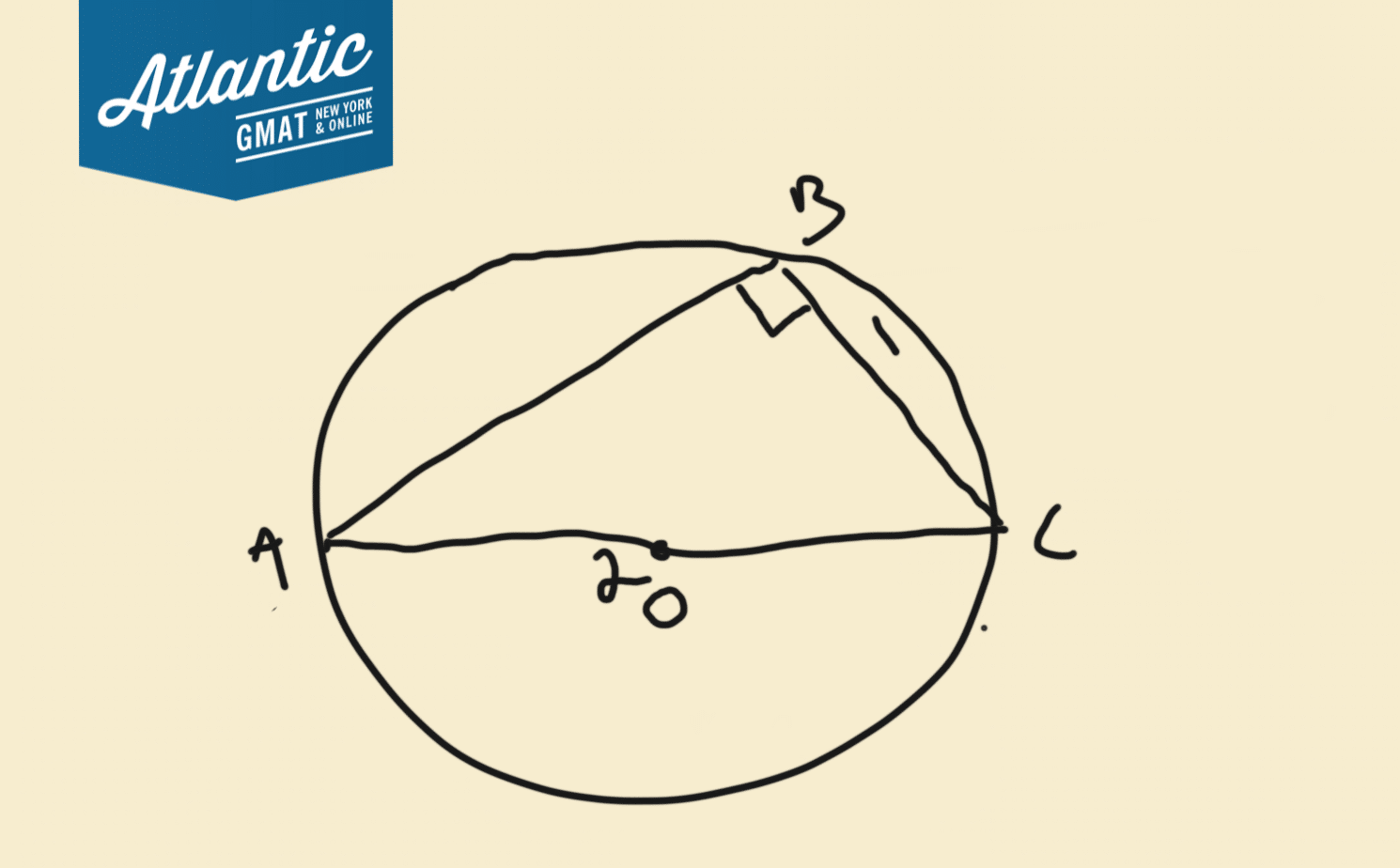 The “c” is always the largest side which is opposite the 90 degree angle (in this case, AB).

Let’s get back to the question: the area of ABC

And done! √3/2 is the area of triangular region ABC.

Here’s a diagram of the complete solution 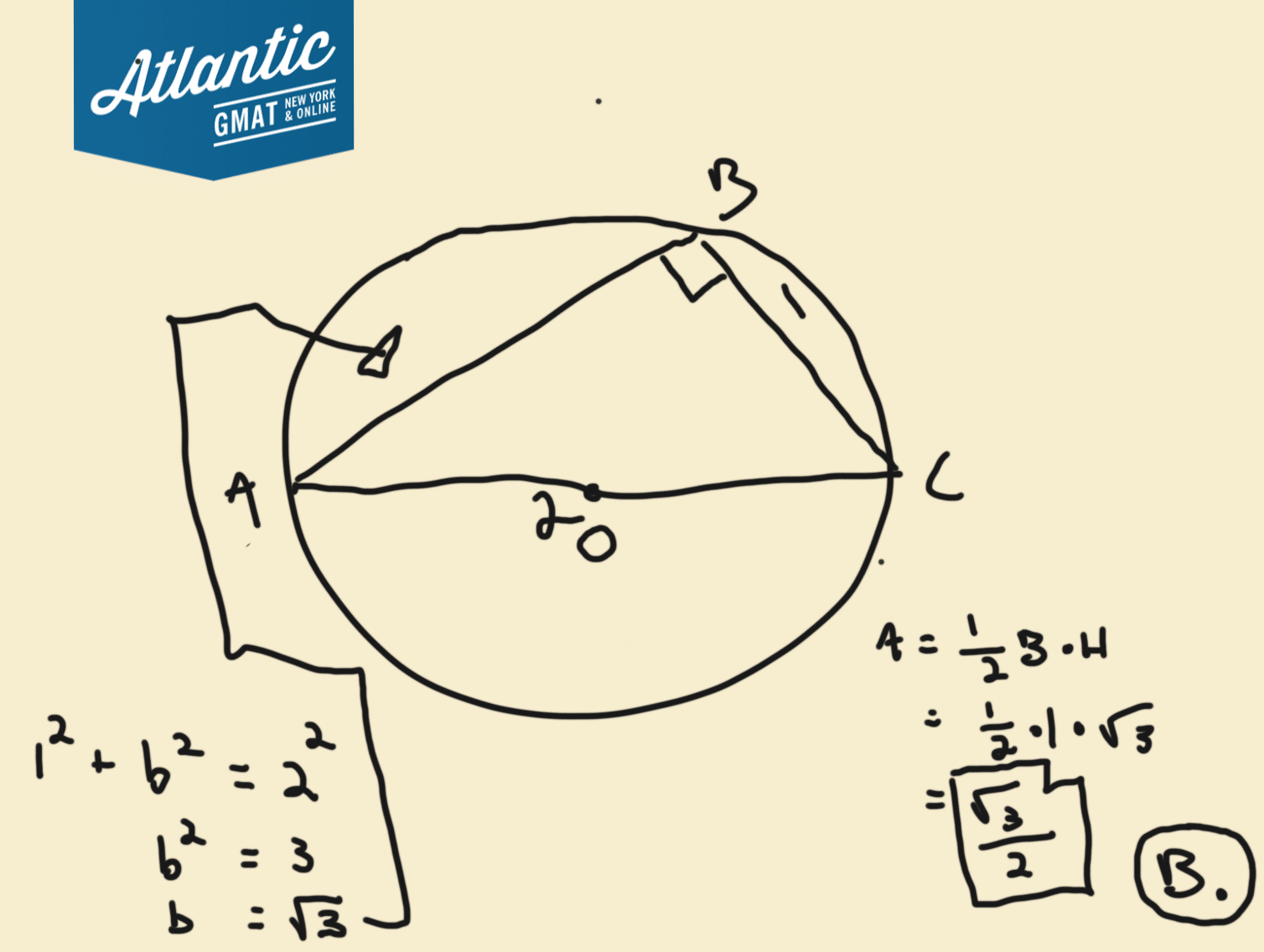 When trying to make inferences on geometry questions, consider how to break up the shape.

Remember, a circle has infinite radii. Just because they’re not drawn doesn’t mean they won’t be helpful.

In this case, I’d draw a radii from O to B to create a new triangle. 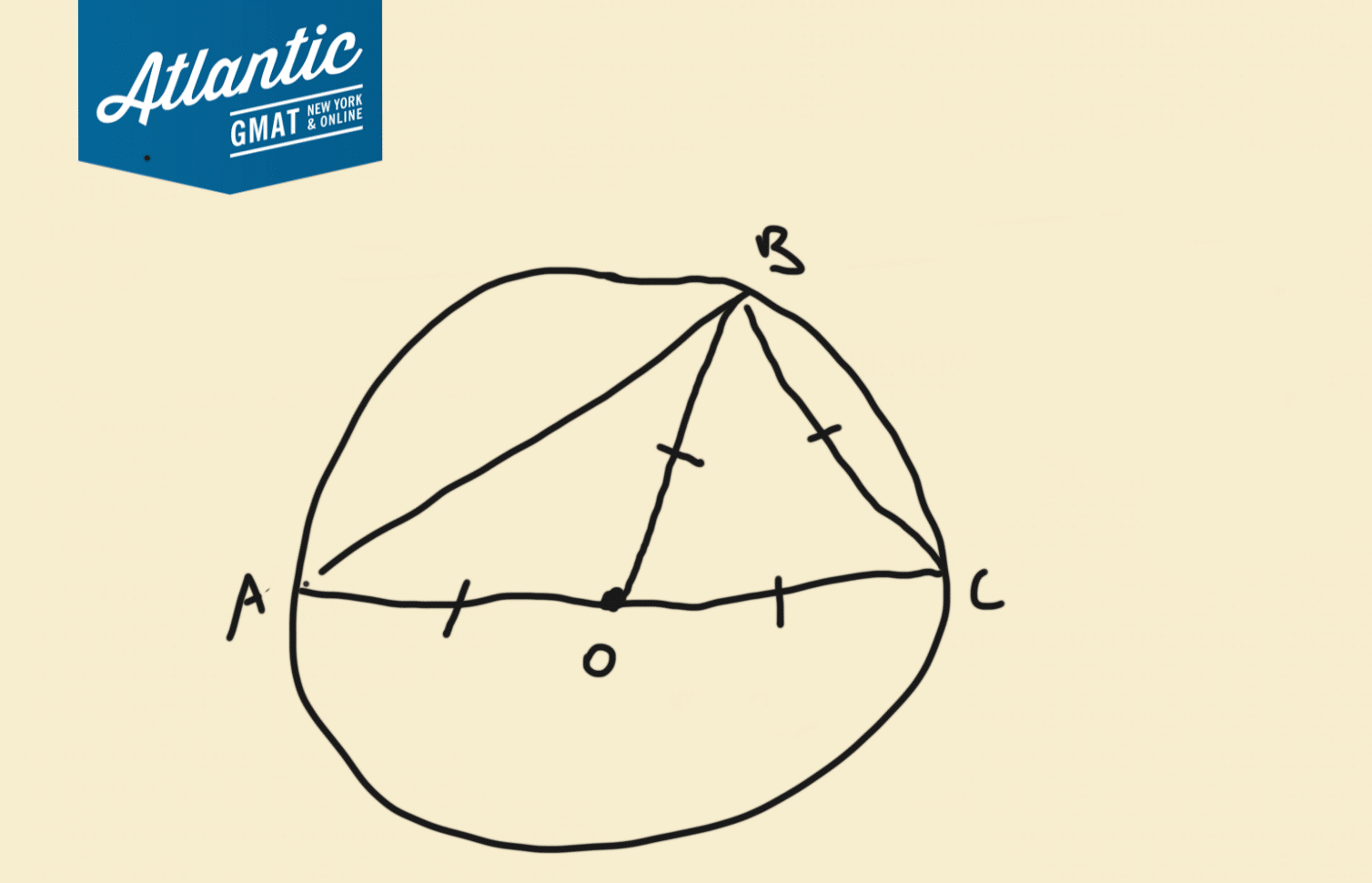 It’s a helpful triangle, because we know the measurements of all three sides are equal to 1.

What does that tell you about the angles of triangle OBC?

If all sides of a triangle are equal, then all angles are equal to 60

Can we infer the measure of any other angles?

If Angle BOC is 60 degrees, 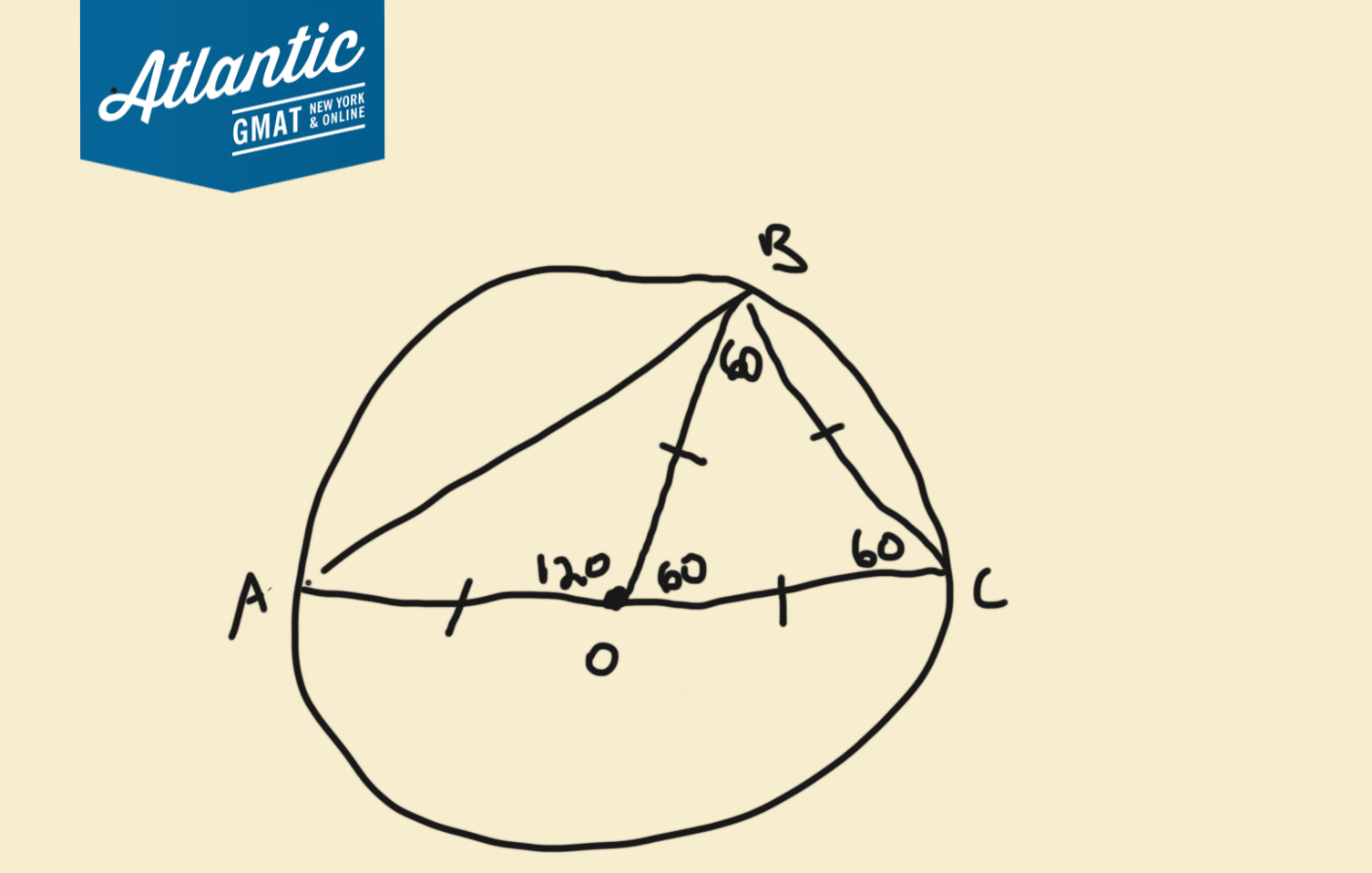 The lengths of side AO and side OB are both 1

The angles opposite side AO and OB must be equal (in a triangle same side measure means same angle measure).

Angle BAO and angle ABO are each 30 degrees. 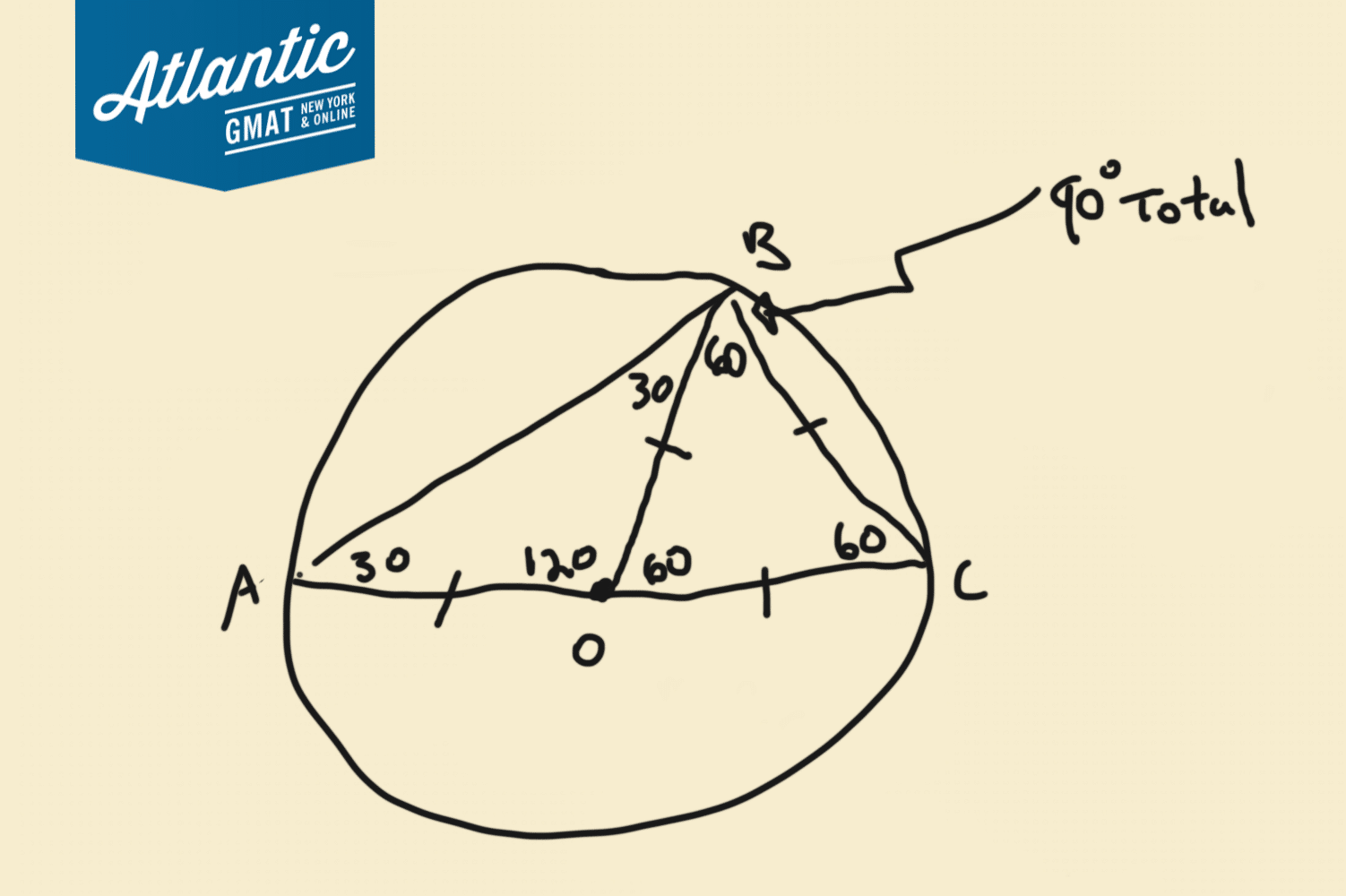 Now we have a right triangle and we know 2 sides so can do Pythagorean the same as we did above.

The other way to work it is with special triangles. Do any of the angle measurements in triangle ABC look particularly familiar? 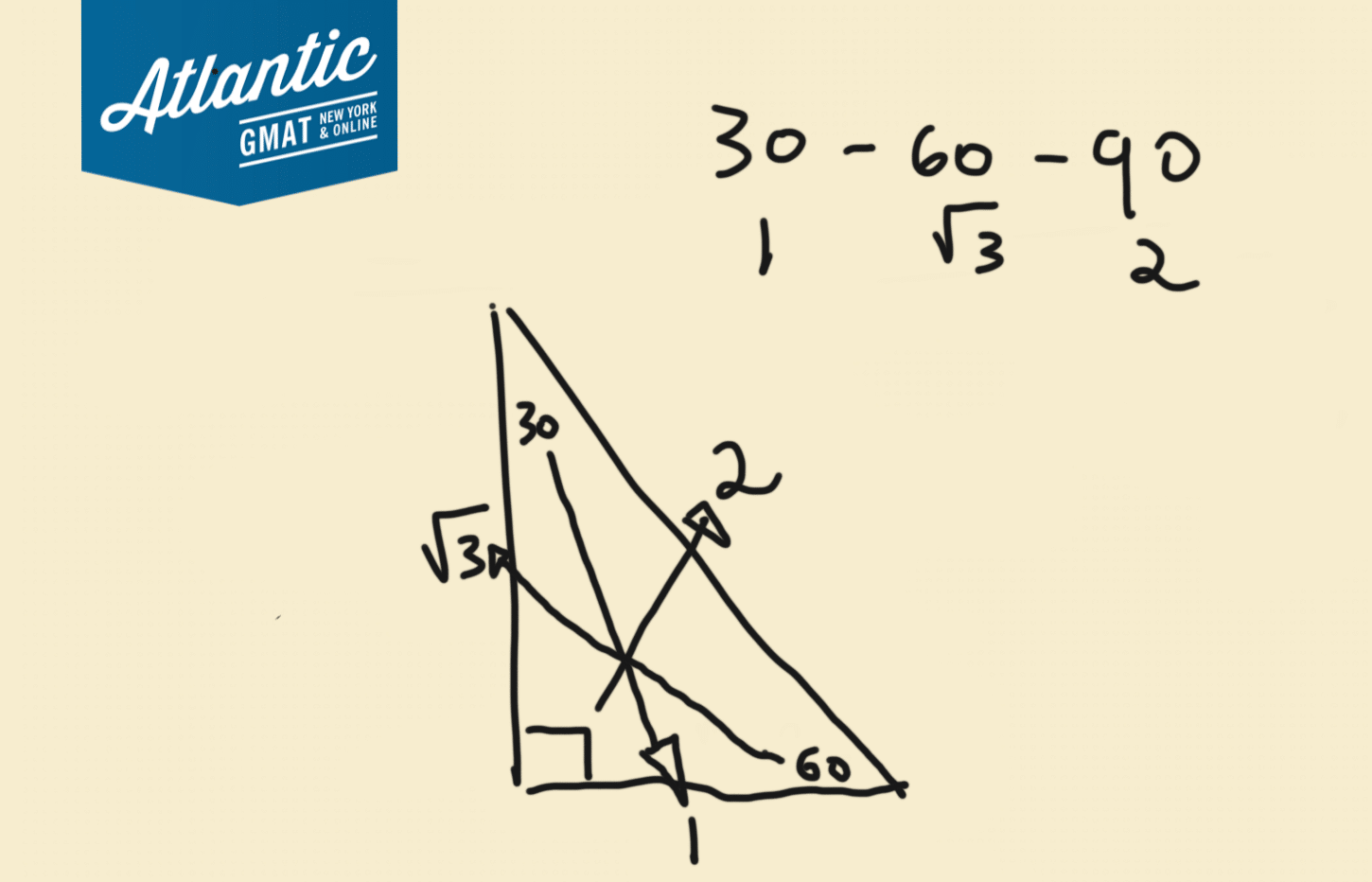 Back to the question: What is the area of the triangular region ABC?