GMAT Question of the Day - Problem Solving - Work and Rate

Paul and Janice are headed directly towards each other with Paul traveling at a rate 5/7ths that of Janice. If Janice can cover the current distance between them in 120 hours and if they maintain constant speed and direction then in how many hours will they meet?

Here's an Official GMAT distance, work, and rate question and explanation to practice on: Pumps A, B, and C operate at their respective constant rates... 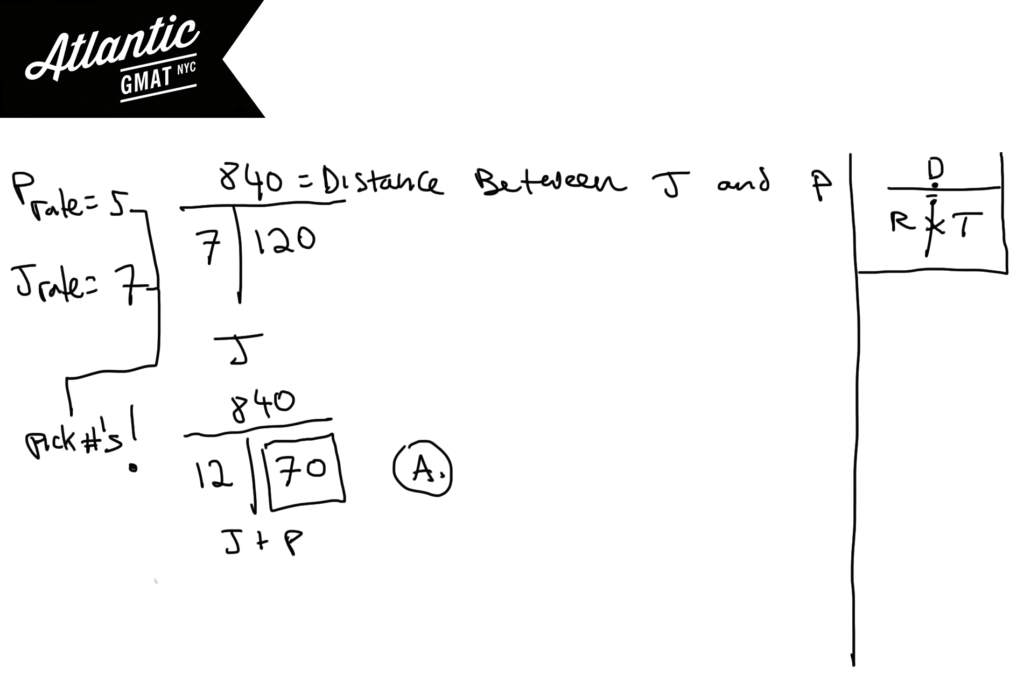 Here are another bunch of cooperative work and rate questions to practice on:

Here's a GMAT Cooperative Work and Rate Question from the GMAT Official Guide. It looks different but the components are very similar and you'll also use similar tools to solve.

And here is a very typical but tough cooperative/combined rate question from the GMAT Prep Tests 1 and 2. These are common so it's important to know the style:

Here are more examples from GMAT Question of the day:

For more distance, work, and rate examples you can also check out our GMAT Question of the Day page

← GMAT Question of the Day - PS - Number Properties
GMAT vs. LSAT: Which Exam is Harder for You? →