How To Hire Us

Yep, more GMAT updates. I'm going to sound like a broken record (again) but the GMAT universe has been evolving at a breathtaking rate. Of course, this is from the perspective of a grizzled GMAT tutor who witnessed half a decade of zero changes. But this was before the GMAT vs. GRE era which has prompted the GMAT to not only make numerous convenience updates but also shorten the test. Now back to our brief analysis of the third iteration of the GMAT Enhanced Score Report! (here's our in depth look at the rest of the enhanced score report)

You won't be surprised to know that the biggest change is the price from $25 to $30. Does the new report cost more to produce? We'll never know. The second biggest change is the color scheme. It's gone purple. I like it. What's new besides? We now have a more nuanced (stretching this word a bit) look at your performance with Quant and Verbal broken down into fundamental skills. Here are the descriptions of the extra skills reported on both Quant and Verbal: 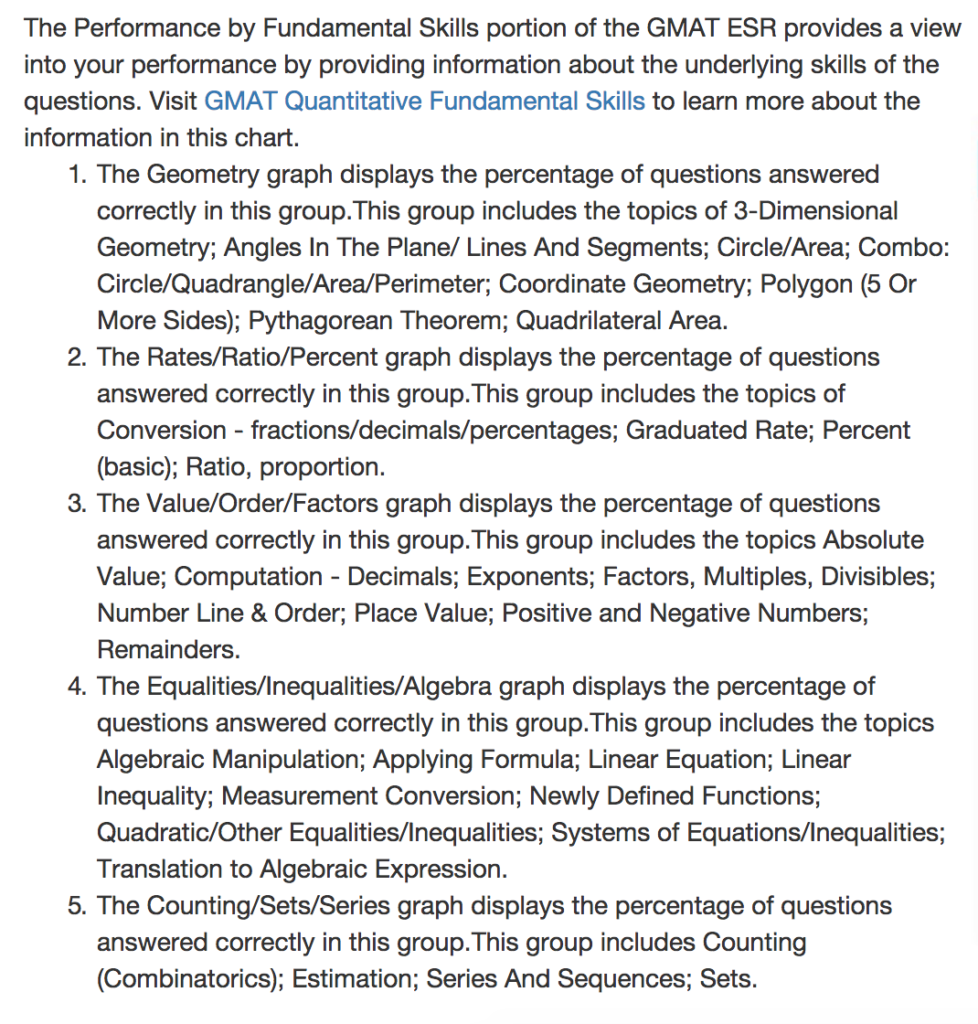 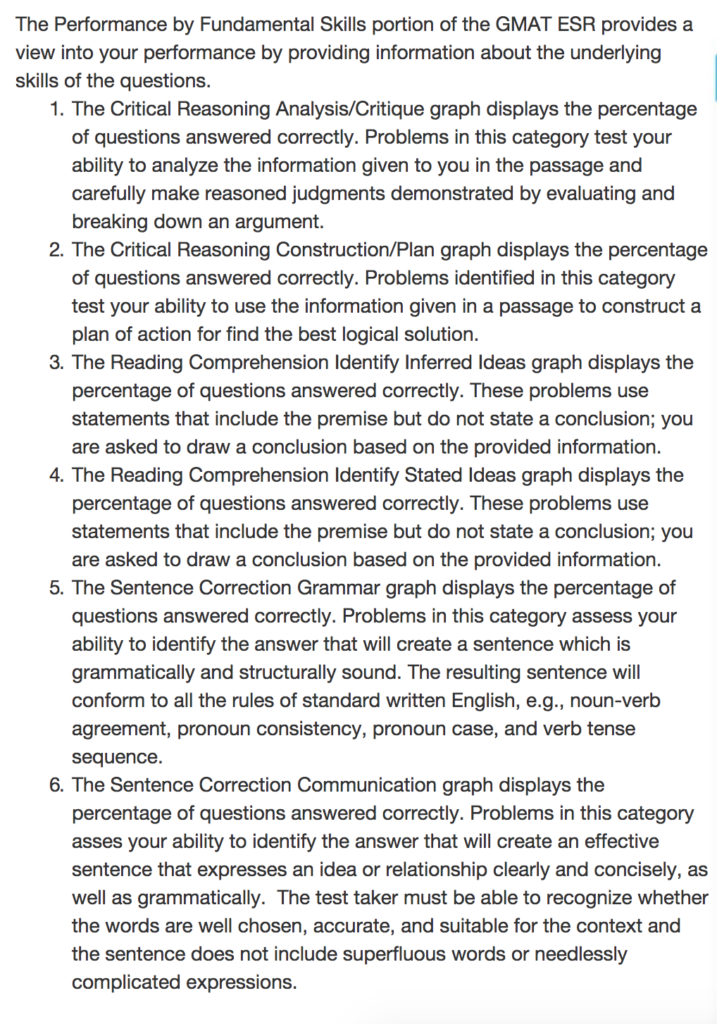 The fundamental skill report is an interesting addition but I find it challenging to interpret without some supporting information. For instance, let's say you did terribly on geometry. Is that because you don't know any geometry, because the geometry on your test was challenging, or because you ran out of time and what was left was a bunch of geometry questions? There are a host of variables that make this data difficult to interpret. Now, with two or more score reports perhaps you can start drawing some conclusions. Start budgeting for that extra 5 bucks!